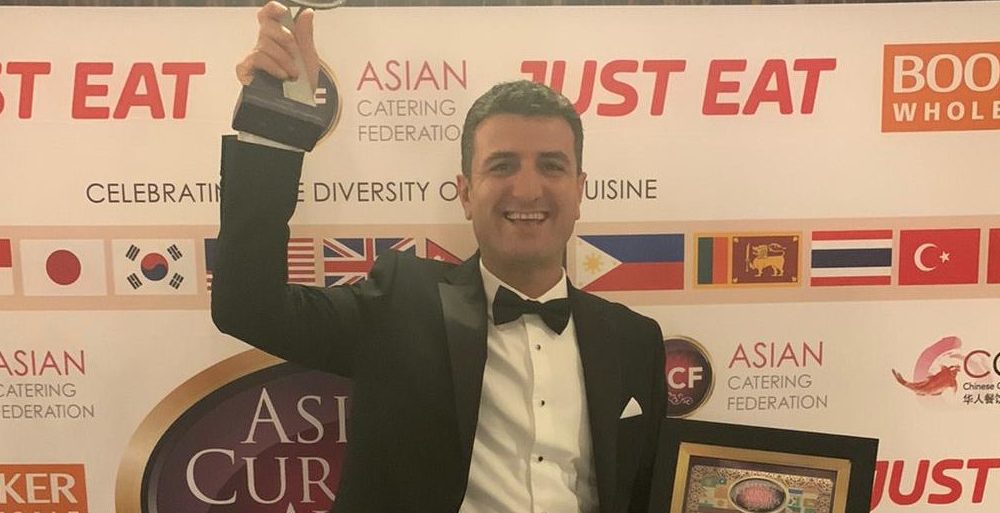 We are delights that Ottoman Kitchen was been named as the Best Middle Eastern Restaurant in the UK at the Asian Curry Awards in London.

Beating off stiff competition from established middle east restaurants Sofra, Kateh, Devran andThe Palomar to lift the trophy in front of over 700 restauranteurs, MPs and celebrities at the ceremony on Sunday night.

The night began at the Grosvenor House Hotel with an introductory speech from guest of honour, The London Mayor Sadiq Khan, who also presented awards to the winners.

Only opened earlier in the year, Ottoman Kitchen is an independent, family-run restaurant, led by restaurateur Niyazi Kaya. It has quickly established a reputation for its healthy dishes, produced from scratch, using fresh quality ingredients and skilled marinating. The restaurant is regularly fully booked with queues forming down the road. The menu is based on traditional Turkish family recipes, handed down through the generations. It features appetising salads, hot and cold meze and traditional Turkish grills cooked over Charcoal, much of the menu is gluten-free.

Owner Niyazi Kaya said: “This is one of the proudest days of my life and is testament to the hard work the chefs and team have put in. It’s a great honour to be bringing the best restaurant award back to Southampton. We hope many people will come and try our cooking as it is a little bit different from the usual restaurants in Southampton. This should be a great thing for the City.”

The Award judges visited the restaurant twice and noted: “Ottoman Kitchen is a modern Turkish restaurant, where the food is expertly cooked and the charcoal grilled dishes really stand out as the signature cooking of the restaurant. The beautifully cooked food matches the décor in this distinctive Southampton venue.”

Buy online or call the restaurant to reserve you table