Ottoman Kitchen, has been nominated for the Best Middle Eastern restaurant in the UK award at the 2019 Asian Restaurant Award amongst some of the best known restaurants in the UK (Hakkasan, Benares, Zuma).

A real achievement for our restaurant which has been open since just June 2019! 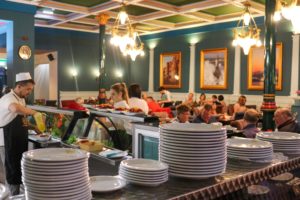 Owner Ali Fistikci explained “For the awards two judges came along secretly to taste the food, service and consistency and they draw up a short list from there. They visit hundreds of restaurants around the UK so to make the shortlist among all of those makes us so proud. Looking at the other restaurants nominated it is a real honour to be amongst these. Now we go through to the grand final held at the Grosvenor Hotel in London in november”

The other restaurants in the category for Best Middle Eastern restaurant are established well known restaurants based in London: The Palomar, Kateh, Devran and Sofra.

Co-owner Niyazi Kaya added: “We had no idea the judges were coming. At the end of their meal they announced themselves and said it was one the best Turkish meals they’d ever had and we got confirmation in the post this week we were shortlisted. They particularly liked our Lamb Iskander dish. Our chefs all come from top London restaurants and they’ve worked really hard to get our food to the level it is, they were really pleased. There can’t be many Southampton restaurants that have been nominated for a national restaurant award, so getting shortlisted itself is a great achievement” 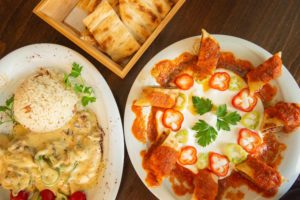 “Customers seem to have taken to our food and Fridays and Saturday’s are fully booked every week. There’s been lots in the media about the healthy Mediterranean diet, grilled meats and vegetables. We are popular with a variety of customers who enjoy our food from ladies who lunch and gym goers during lunch, to couples and office groups in the evening. Hopefully we can win this award and give Southampton officially the best middle Eastern restaurant in the UK!”

The awards ceremony takes place on November 22nd at the prestigious Grosvenor House Hotel in London in front of over 500 people with celebrities and MPs attending.

To celebrate being nominated for the best restaurant award in the UK award, we are offering a special banquet three-course menu for groups of four plus to taste a variety of dishes on Mondays and Tuesdays evenings for just £15 a person during October.